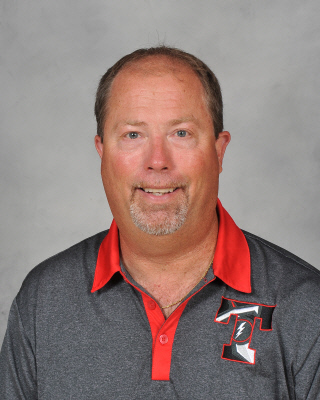 Mr. Hartman is a member of The Indiana Association of School Principals as well as the Indiana High School
Athletic Association and currently serves as a member of The Mayor’s Council on Substance Abuse as well as the
Juvenile Detention Alternative Initiative. Mr. Hartman is also proud to serve on the Titans of Taylor selection
committee that honors Taylor High School graduates for their service to the community.

Mr. Hartman has spent his entire professional career in public education serving the Taylor Community School
Corporation beginning in August of 1992. Mr. Hartman served as a Highly Qualified teacher of Economics, United
States History and Sociology for twelve years prior to being promoted into a leadership position for the school
district. Mr. Hartman has also spent time coaching countless student-athletes serving as a middle school and
varsity assistant football coach from 1992 through 1998 and was the head softball coach from 1996 through 2002
compiling a school coaching record 93 wins during that span which included back to back twenty win seasons in
1998 and 1999. In May of 2000, Mr. Hartman was selected by his coaching peers as the Indiana Coaches of Girls
Sports Association District #2 Class “A” Coach of the Year.

Mr. Hartman’s educational background includes a Bachelor of Science Degree from Indiana University-
Bloomington awarded in December of 1989. Mr. Hartman completed his undergraduate requirements with a
student-teaching assignment at Taylor Junior-Senior High school in 1989. Mr. Hartman received his Indiana School
Administrator License in 2004 upon completion of a Master of Science Degree from Indiana University-
Bloomington with a 3.70 grade point average. He is currently licensed to serve as a building level administrator K-
12 as well as a classroom teacher in Economics, United States History and Sociology.

Mr. Hartman has a total of twenty-nine years’ experience in multiple public sectors of public education. He is
proud to be a Taylor Titan and enjoys working on behalf of the students, staff and families of the Taylor
Community School Corporation.

“It is my personal belief that attitude and spirit are the driving forces in developing children into responsible
adults. It is my job as an educator to promote an environment that promotes integrity and a spirit of cooperation
with student success at the forefront. Failure is an option sometimes but will always be used as a learning
opportunity for students, parents and teachers. I chose to be in the kid business because I personally feel that the
total development of a child is the most important occupation on the planet. I pledge to always value the children
and staff under my direction and to this end I will lead by example all the while being positive and caring.
Education is a process that involves everyone playing a role and I am excited that I get to assist in this awesome
journey.”

Meet Your Board
Board Meeting Policy
School Board Minutes