Brent is President of cfd Investments, Inc. and Creative Financial Designs, Inc. in Kokomo, IN.  He has served in that role since 1998.  cfd Investments has consistently been ranked in the Top 100 Independent Broker/Dealers in the country and is registered in all 50 states and serves over 200 financial advisers nationwide.  The firm serves over 50,000 clients with assets totaling more than $3 Billion.  Creative Financial Designs is a Registered Investment Advisory Firm that is registered in all 50 states and does fee based money management and financial planning.  The RIA is responsible for managing over $1.5 Billion in assets and serves Investment Advisers and clients nationwide.  The two firms employ a total of 50 employees locally in Kokomo, IN.

After graduating from Taylor High School, Brent pursued athletics and played four years of college baseball.  In his Senior Season, he was named MVP of Indiana Wesleyan University Baseball Team and was also named All-Conference.  Brent played 14 years of Semi-Pro Baseball for the Kokomo cfd Saints where he had more than 500 hits and was named to the Semi-Pro Baseball Hall of Fame.  He wrapped up his playing career with 8 more seasons with the Kokomo cfd Saints Fastpitch softball team where the team had an 8 year record of 155 Wins against 19 Losses.  The Saints were Indiana State Champions or Runner-Up for all 8 of those seasons between 2003 to 2010.  In 2008, the team went 34 & 0 and won the ASA B Nationals in McAllen, Texas.  After his playing days, he became the Head Coach of the Taylor High School Baseball Team from 2011 – 2018.  During that time, his team had a combined record of 140 Wins and 89 Losses.  The Titans won back-to-back Hoosier Heartland Conference Titles in 2016 & 2017.  In Brent’s first year, the Titans went 27 & 5 and made it to the Final 4 in the IHSAA Tournament by winning the school’s 6th Baseball Sectional and its 4th Baseball Regional Title.  In 2015, the Titans made it to the Elite 8 and won the school’s 7th Baseball Sectional.Brent is the proud father of three Taylor graduates (Maria-2014, Lydia-2016, and Bailey-2018).  He and his wife Brandi reside in Taylor Township.  Brent’s relationship with Christ is paramount in how he attempts to live and conduct business.

Brie Rentz graduated from Taylor High School in 2005 with one goal - working in Indy car racing. She elected to attend the University of Indianapolis, the first college in the state to offer a Sports Marketing major. She went on to add a second major in Marketing in the event racing did not work out. During her sophomore and junior years of college, she completed three different internships with the 500 Festival. Prior to her senior year, she got her first opportunity in motorsports and became an intern for Dreyer & Reinbold Racing. The internship was scheduled to run July-October 2008; Brie was hired full-time by the team in February 2009 - three months before she graduated Magna Cum Laude from UIndy.

With DRR, she worked her way through client services, contract fulfillment, at-track entertainment, social media, and eventually, public relations. In December of 2014, she took on her first full-time role in public relations, signing on as Communications Director for what is now known as Ed Carpenter Racing. ECR competes in the Verizon IndyCar Series with two full-time entries. The team expanded to three cars for the 2018 Indy 500, winning the pole position and finishing second with Brie’s team owner, Ed Carpenter. In her current position, Brie serves as the primary media contact for ECR, produces all external communications, manages the team’s digital presence and coordinates driver schedules.

Away from the track, Brie enjoys working on her house in Indianapolis, nature photography and hiking in the Cascade mountains. She cites successfully summiting Mount St. Helens in September of 2015 as one of her greatest accomplishments. 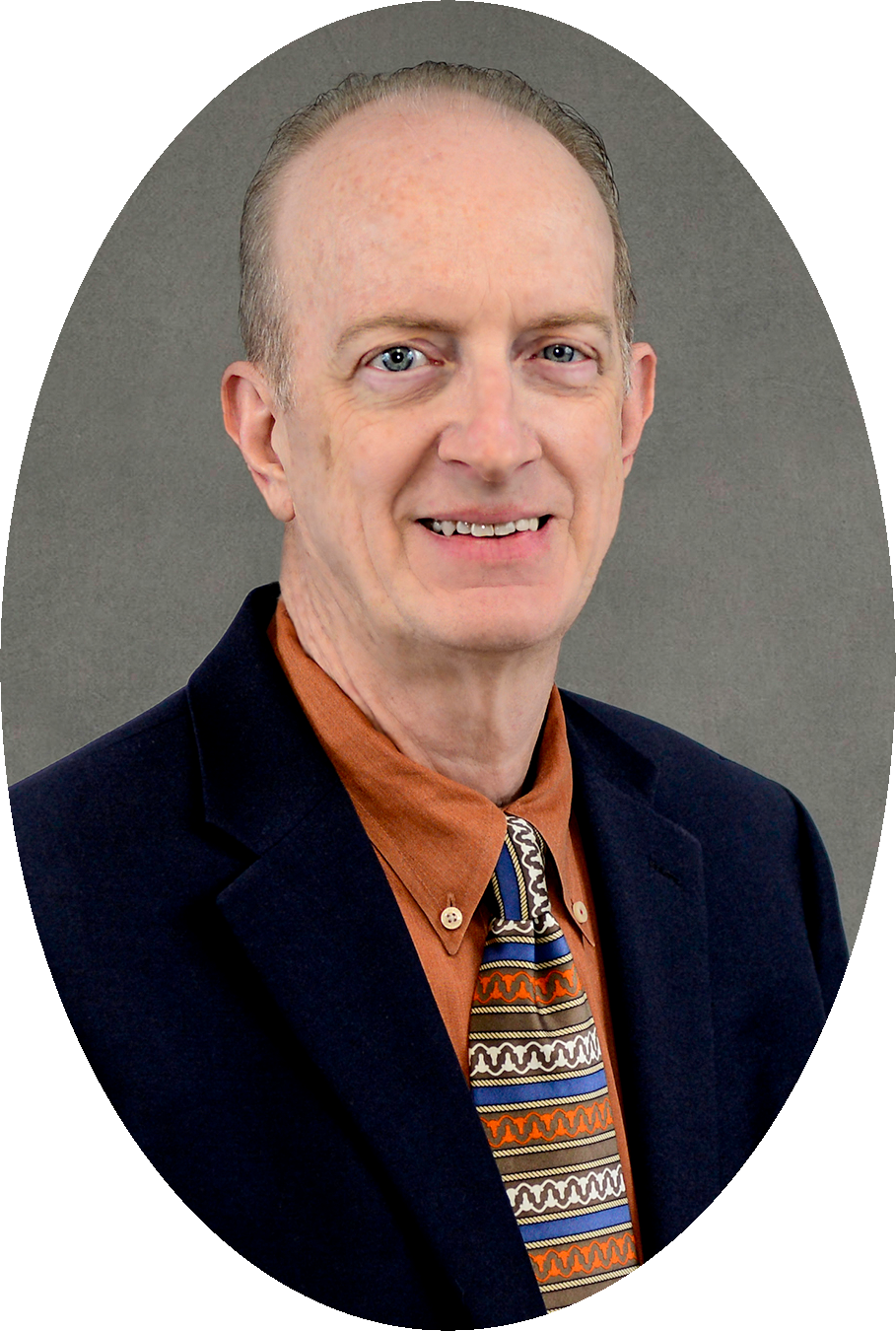 Brent Renfro is a 1975 graduate of Taylor High School. He received his B.A. in Physics from Wabash College and his M.A. in Computer Science from the University of Texas at Austin. Brent started his career at Applied Research Laboratories, The University of Texas at Austin as a
graduate student in May 1979. He is now a Program Manager overseeing multiple research efforts by a staff of over 100 scientists, engineers, and technicians. Brent received the Jeffress Award for lifetime achievement in 2006. His research focus throughout his career has been on the operation, application, and performance of the Global Positioning System (GPS). An example is the establishment and sustainment of a
worldwide GPS tracking network responsible for collecting over half the data the U.S. Air Force uses to control GPS. He is a member of the Institute of Navigation and a frequent presenter at conferences.

Brent’s interests include his family, his church, and music. Brent and his wife have twochildren: Bryce is a ranch manager, and Bethany is a professional make-up artist. Brent is a deacon at Hyde Park Baptist Church and sings with the choir. 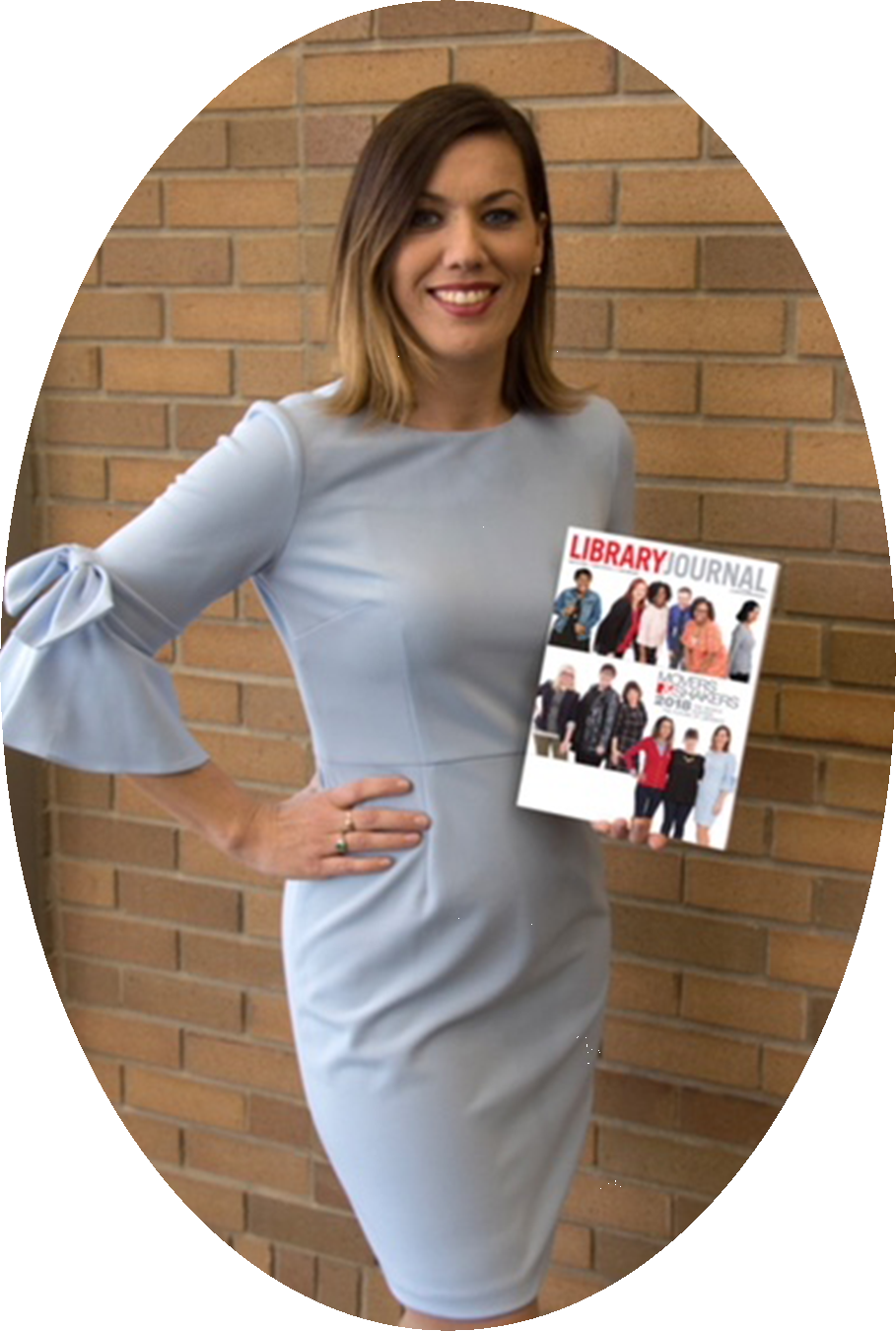 Trina Evans is a Librarian at the Kokomo-Howard County Public Library. In the Library Journal’s 2018 Movers and Shakers issue which highlights the people shaping the future of libraries, she was named as an Innovator. This recognition was based on several factors such as the program planning of the national traveling exhibit Discover Tech: Engineers Make a World of Difference, which focuses on STEM learning in libraries. She also spearheaded the special project at the Russiaville branch that combines nature and literacy to develop the first Nature Explore Outdoor Classroom in Indiana. She secured funding so that the library could purchase sewing machines and offer sewing programs. She also sought and acquired a prominent street art piece by the artist known as Banksy, making the Kokomo-Howard County Public Library the first library in the world to host such a piece by the notorious artist. She believes that public libraries have unlimited potential to have a positive impact on their communities and continues to work hard to provide opportunities that are free and available to the public.  She also serves on the CASA board of Howard County. She enjoys visiting National Parks and reading romance novels in her spare time.

Meet Your Board
Board Meeting Agenda
School Board Minutes